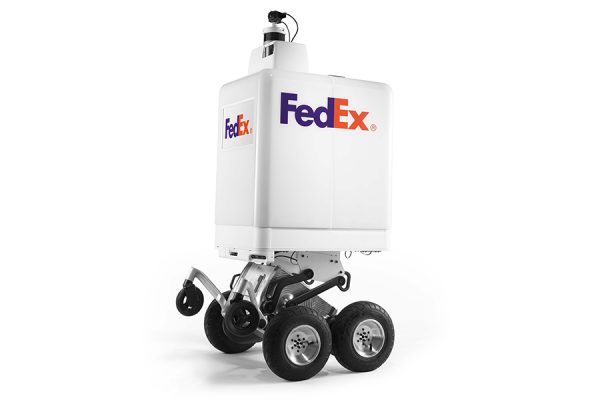 Though the company told TechCrunch that the bots were there for a preview party for its Small Business Saturday event and are not testing in New York, Mayor Bill de Blasio and transportation officials delivered a sharp response to FedEx via Twitter: Get these robots off the street.

First of all, @FedEx, never get a robot to do a New Yorker’s job. We have the finest workers in the world. Second of all, we didn’t grant permission for these to clog up our streets. If we see ANY of these bots we’ll send them packing. https://t.co/XxJIrIW9vr

According to CNN, lawyers for the New York City Department of Transportation delivered a cease-and-desist letter to FedEx on Monday, warning that the robots were violating various traffic provisions.

“You are hereby directed to immediately cease and desist operating your SameDay Bots on the streets and sidewalks in the City of New York,” reads the letter, signed by DOT Deputy General Counsel Susan Pondish. “Failure to do so may result in the seizure of property, notices of violation and/or the commencement of legal actions.

Multiple properties report that the letter outlines, “Motor vehicles are not permitted to operate on New York City sidewalks, and no motor vehicles may be operated without having at least one hand on the steering mechanism any time the vehicle is moving.”
In the meantime, across social media, @whatisny posted a video one of FedEx’s “SameDay Bot” fleet crossing Crosby Street near Houston Street.

And Reddit user HeidiWearsGlasses shared a video of a spinning FedEx bot in SoHo.

In case you missed it, here’s the official video release from FedEx introducing the SameDay Bot.

How do you feel about delivery robots?

Join our conversation on Facebook and let us know what you think.

Art Bilger in the Wall Street Journal: The threat of automation is real. We must train our workforce now