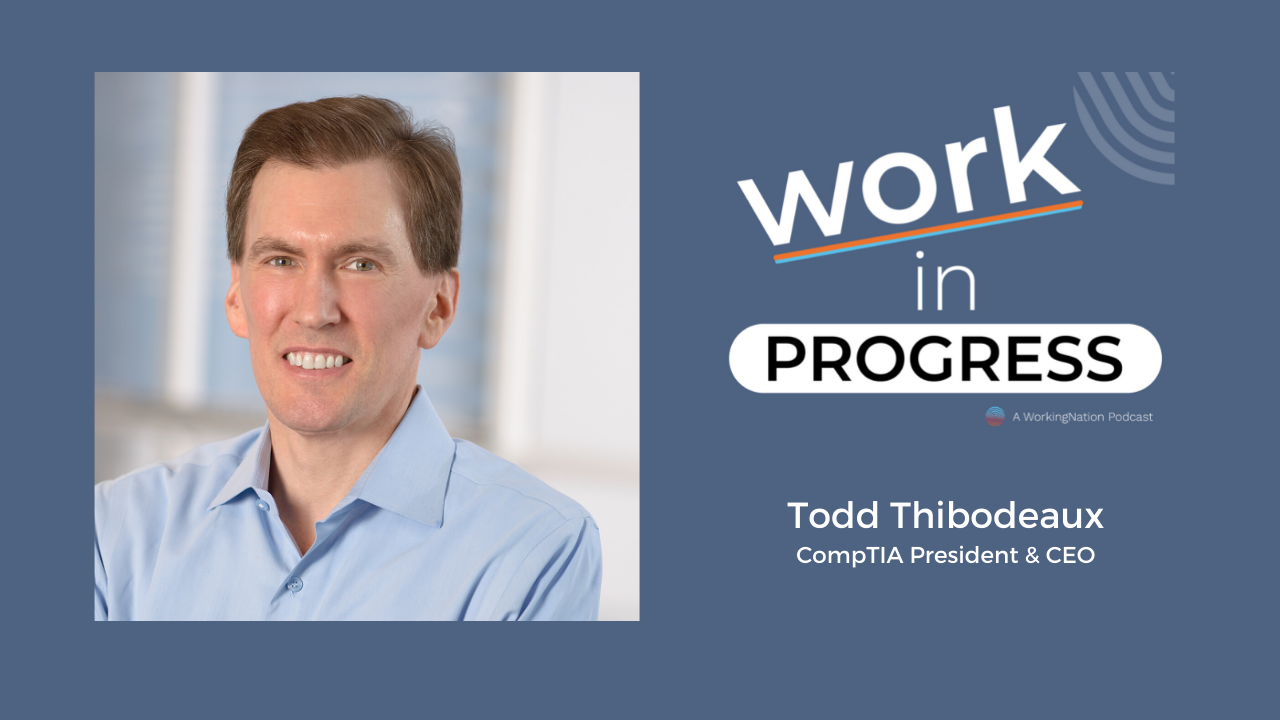 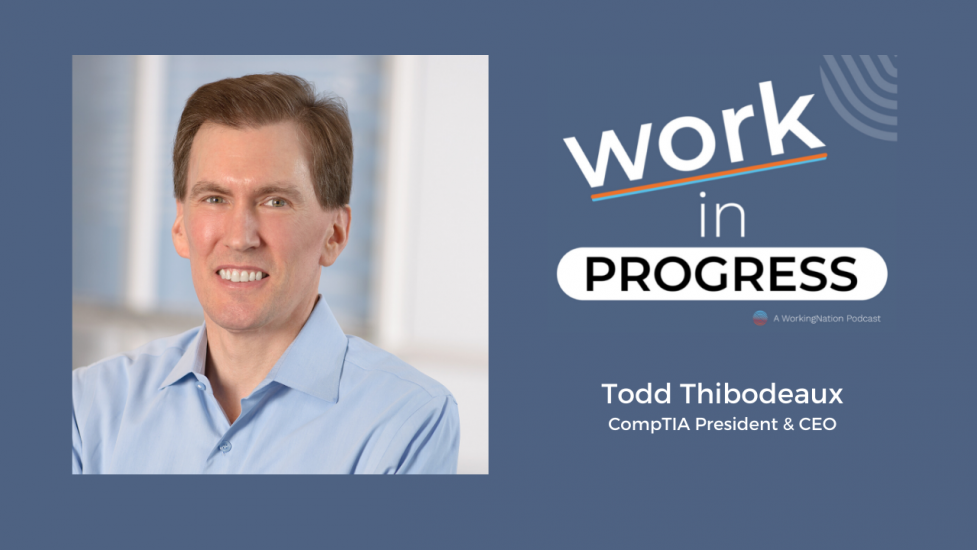 In this episode of Work in Progress, CompTIA president and CEO Todd Thibodeaux discusses the continuing unmet high demand for tech talent across all industries and what is stopping more people from taking the career plunge.

There are about 10 million people in the tech industry in the U.S.

Half work for full-on tech companies, but sometimes not even in a tech role – think customer service, administration, finance, sales, etc. The other half fill tech roles – IT, data analysis, cybersecurity, etc. – at companies in which technology is not their core business.

Despite the recent wave of “big tech” layoffs, many employers are still desperate for tech talent, according to Thibodeaux.

“We see all over the world, there are just big gaps in talent pools where companies need more people. It’s not just the big-name companies. That’s the misnomer about tech employment. A lot of times, the media will focus on Silicon Valley and use that as a proxy for the tech industry and employment,” Thibodeaux tells me.

“You see some layoffs – which are happening in some companies now – and you’re starting to see some people slowing their hiring. That’s not the case in the rest of the tech employment space. You have lots of medium- and small-sized companies who are dying for talent, and they’re not slowing down their hiring at all,” he adds.

Thibodeaux says the demand for tech workers is strong, but there is still not enough workers to fill those open jobs.

“The tech industry has the largest confidence gap of probably any industry. People are looking at it and saying, ‘I can’t do that job. I don’t have the skills. I don’t have all the things that people are telling me I need to have.'”

He says that the opposite is true. It’s probably one of the more accessible careers, he argues.

The interview talks more on how to get the skills for the most in-demand tech jobs.

You can listen to the conversation here or wherever you get your podcasts.

Download the transcript here.
You can check out all the other podcasts at this link: Work in Progress podcasts